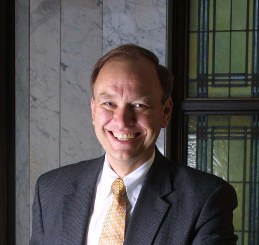 llege, Rock Island, Illinois, announced in late November that it would allow same-gender weddings and blessings of unions on campus.

In a letter sent to students, faculty and staff, the college’s president, Steve Bahls, explained that a recommendation had come earlier in the fall from the college’s chaplains, the Revs. Richard Priggie and Kristen Glass Perez, to consent to same-gender weddings on campus.

“The Evangelical Lutheran Church in America (ELCA), to which the college is related, permits same-gender weddings so long as the local congregation consents,” Bahls wrote. “Because Augustana is a church-related institution and not a congregation, the Bishop of our Northern Illinois Synod of the ELCA [Gary Wollersheim] determined that it was up to me as President of the College to provide or not provide consent. I decided to consent.”

Augustana is one of the first major institutions of the ELCA that is not a congregation to publicly welcome same-gender weddings and blessings within its jurisdiction. ReconcilingWorks applauded Bahls for taking a public and prophetic stance on marriage as one of the ELCA’s leaders of higher education and for helping to put the ELCA’s policy allowing same-gender ceremonies, enacted in 2009, into practice within the denomination.

Augustana became a Reconciling in Christ (RIC) institution in 2003 and is one of only two RIC colleges in the ELCA. Illinois has allowed civil unions – but not same-gender marriages – since 2011.

Bahls further explained his decision in his letter by saying it was a matter of non-discrimination. He added that, in 2003, the college extended its health insurance plans to cover same-gender couples.

“To make a life-long commitment of love and fidelity is an extraordinary act of faith,” Bahls’ letter concluded. “We need more of those commitments in this broken world, and I am proud of our campus chaplains for bringing this request forward.”